We should not fear ‘editing’ embryos to enhance human intelligence, says leading geneticist George Church for The Daily Telegraph, known online as The Telegraph, a national British daily broadsheet newspaper published in London by Telegraph Media Group and distributed across the United Kingdom and internationally.

George Church told us why he’s listing Superhuman Gene Hacks. Hacking human genes is still a thing of the future, as proven the scandal involving CRISPR technology used on twin girls in utero. He Jiankui, a Chinese researcher, at the Human Genome Editing Conference in Hong Kong on Wednesday, November 28, 2018 claims to have made the world’s first gene-edited babies. Dr He Jiankui shocked the world when he reported — through a well-coordinated media campaign that involved an AP exclusive and YouTube videos — that he’d created the world’s first babies genetically edited with CRISPR: a set of twin girls, with a third CRISPR baby on the way.

George Church an American geneticist, molecular engineer, and chemist, he is the Robert Winthrop Professor of Genetics at Harvard Medical School, Professor of Health Sciences and Technology at Harvard University and MIT, and a founding member of the Wyss Institute for Biologically Inspired Engineering. As of March 2017, Church serves as a member of the Bulletin of the Atomic Scientists’ Board of Sponsors. George McDonald Church leads Synthetic Biology at the Wyss Institute, where he oversees the directed evolution of molecules, polymers, and whole genomes to create new tools with applications in regenerative medicine and bio-production of chemicals. Among his recent work at the Wyss is development of a technology for synthesizing whole genes, and engineering whole genomes, far faster, more accurate, and less costly than current methods. George is widely recognized for his innovative contributions to genomic science and his many pioneering contributions to chemistry and biomedicine. In 1984, he developed the first direct genomic sequencing method, which resulted in the first genome sequence (the human pathogen, H. pylori). He helped initiate the in 1984 and the Personal Genome Project in 2005. George Church invented the broadly applied concepts of molecular multiplexing and tags, homologous recombination methods, and array DNA synthesizers. His many innovations have been the basis for a number of companies including Editas ( Gene therapy ); Gen9bio ( Synthetic DNA ); and Veritas Genetics ( full human genome sequencing ). Prof. George McDonald Church is one of the most important scientist who implements science fiction ideas in real life. Church has received accolades including election to the National Academy of Sciences ( in 2011 ), and the National Academy of Engineering ( in 2012 ). He received the American Society for Microbiology Promega Biotechnology Research Award and the heptannual Bower Award and Prize for Achievement in Science of the Franklin Institute. He authored the NewScientist “top science book,” Regenesis ( on synthetic biology ) with Ed Regis. Church is a regular contributor to Edge.org and has appeared widely in the media, including TED venues, NOVA, Faces of America, Charlie Rose on PBS, The Colbert Report, and Xconomy. Other honors include the Triennial International Steven Hoogendijk Award in 2010 and the Scientific American Top 50 twice ( for “Designing artificial life” in 2005 and “The $1000 genome” in 2006 ). Newsweek picked Church for their 2008 “Power of Ideas” recognition in the category of Medicine ( for the Personal Genome Project ). In September 2010, Prof. Dr. George Church was honored for his work in genetics with the Mass High Tech All-Star Award. He is a member of the Research Advisory Board of SENS Research Foundation and co-founded 22 companies, co-authored 500 papers, has 143 patent publications, and is the author of Regenesis.

As part of a series of lectures entitled “Iconic Turn” Felix Burda Memorial Lectures by the Burda Akademie – zum dritten Jahrtausend – eine Institution der Hubert Burda Stiftung (Felix Burda Foundation) at the Ludwig Maximilians University Munich (LMU) I spoke to Prof. Dr. Hubert Burda about my own activities in the interdisciplinary area. Professor Burda found my lecture with very interesting and I should contact the “Burda Academy for the third millennium”, an institution of the Hubert Burda Foundation. Unfortunately, the local board gave me a rejection.

Hubert Burda is the owner of Hubert Burda Media, which publishes, among others, Bunte, Focus, Playboy and Superillu. Hubert Burda combines one of the leading European internet companies with media house ties. Digital companies such as Cyberport, XING, Focus Online and Holidaycheck help Hubert Burda Media to generate more than half of its sales in the digital area. Hubert Burda is chair of the Digital Life Design (DLD) conference, which takes place in Munich e very January. According to Forbes to the richest Germans and after Friede Springer and Elisabeth Mohn is the third richest publisher in the Germany. 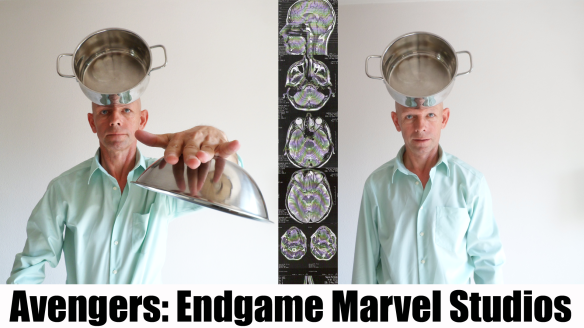 Avengers: Endgame is a American superhero film based on the Marvel Comics superhero team the Avengers, produced by Marvel Studios and distributed by Walt Disney Studios Motion Pictures. It is the sequel to 2012’s The Avengers, 2015’s Avengers: Age of Ultron and 2018’s Avengers: Infinity War, and the 22nd film in the Marvel Cinematic Universe (MCU), serving as the conclusion to the Infinity Saga. The film is directed by Anthony and Joe Russo, written by Christopher Markus and Stephen McFeely and features an ensemble cast including Robert Downey Jr., Chris Evans, Mark Ruffalo, Chris Hemsworth, Scarlett Johansson, Jeremy Renner, Don Cheadle, Paul Rudd, Brie Larson, Karen Gillan, Danai Gurira, Bradley Cooper, Josh Brolin. In the film, the surviving members of the Avengers and their allies travel through the quantum realm to reverse the damage caused by Thanos in Infinity War.

Avengers: Endgame was premiered in Los Angeles on April 22, 2019, and was theatrically released in the United States on April 26, 2019, in IMAX and 3D. 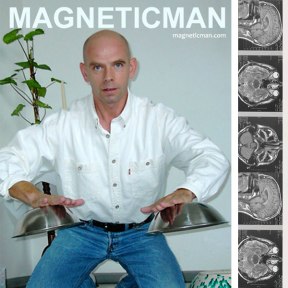 My first public lecture of Miroslaw Magola took place on May 27, 1994 in Gasteig. Gasteig is a cultural center in Munich, opened in 1985, which hosts the Munich Philharmonic Orchestra. The Richard Strauss Conservatory, the Volkshochschule, and the municipal library are all located in the Gasteig. Most of the events of the Filmfest München, and many of the events of the Munich Biennale take place here.

The human magnetism of Miroslaw Magola

Gasteig Munich Events in Arts and Entertainment on May 1994

In the 2015/2016 season, the Gasteig celebrated its 30th anniversary. Since opening its doors in 1985, it has become a centre of cultural life in Munich. Within its walls sit renowned cultural and educational institutions of the City of Munich. The name Gasteig derives from its location: on the »gachen Steig«, central and conspicuous on the right-hand riverbank of the Isar.

With more than 1,700 events per year, the Gasteig offers its audience a colourful and diverse programme. From computer courses, Jazz film festivals and pharmacy conventions to Beethoven’s Eroica.

Between 8 AM and 11 PM, the building attracts more than 6,000 visitors daily. Munich’s culture and education centre was created as a place for meetings and encounters. The many halls, work rooms and foyer spaces are open to anybody working with intellectual and artistic expression.

Besides the programme offered by the resident institutions, the public can enjoy the many cultural offers by other event organisers. The unusual atmosphere of the Gasteig provides a suitable setting for anniversaries, conventions, conferences and product presentations.

The red brick architecture combines unity and clear lines with inner openness and creative spatial design – the result of consistent use of building materials and colours.

Bring me the brain of Albert Einstein.

Albert Einstein, the Nobel prize-winning physicist who gave the world the theory of relativity, E = mc2 and the law of the photoelectric effect, obviously had a special brain.

In what ways might Einstein’s brain biology have been different from average?

Scientists who have examined his brain have concluded that it is not normal. While Einstein’s brain weighs less than the brain of an average adult male, 2.7lbs versus 3 lbs, the inferior parietal region of the brain is 15% larger than in an average brain.

Albert Einstein was a genius, but he wasn’t the only one – why has his name come to mean something superhuman …… ?. 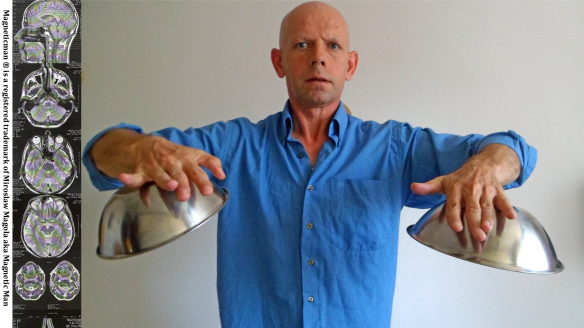 Stan Lee’s Superhumans is a documentary television series that debuted from August 5, 2010 to September 17, 2014 on History and Discovery Channel worldwide. It is hosted by comic book superhero creator Stan Lee and follows contortionist Daniel Browning Smith, “the most flexible man in the world”, as he searches the globe for real life superhumans – people with extraordinary physical or mental abilities. Comic book legend Stan Lee is on a quest to find the real life super heroes who walk among us! Stan Lee and Daniel Browning Smith travel the world looking for humans that have powers like heros from comic books. 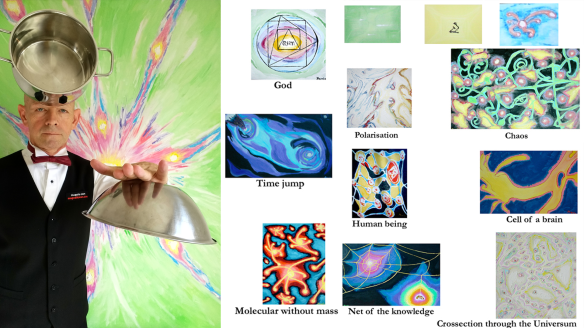 Art is a diverse range of human activities in creating visual, auditory or performing artifacts (artworks), expressing the author’s imaginative, conceptual idea, or technical skill, intended to be appreciated for their beauty or emotional power. In their most general form these activities include the production of works of art, the criticism of art, the study of the history of art, and the aesthetic dissemination of art.

The three classical branches of art are painting, sculpture and architecture. Music, theater, film, dance, and other performing arts, as well as literature and other media such as interactive media, are included in a broader definition of the arts. Until the 17th century, art referred to any skill or mastery and was not differentiated from crafts or sciences. In modern usage after the 17th century, where aesthetic considerations are paramount, the fine arts are separated and distinguished from acquired skills in general, such as the decorative or applied arts. Citation from Wikipedia, the free encyclopedia.

Though the definition of what constitutes art is disputed and has changed over time, general descriptions mention an idea of imaginative or technical skill stemming from human agency and creation. The nature of art and related concepts, such as creativity and interpretation, are explored in a branch of philosophy known as aesthetics. A neuroscientist or  neurobiologist continue to investigate the altered states that some Artists, use by them artworks. They want to know more about how the mind works and its connection with the brain.

Superheroes and Hollywood figures alike took to social media on Monday to pay tribute to comic book legend Stan Lee, who died on Monday at age 95.

Following his retirement from Marvel, he remained a public figurehead for the company, and frequently made cameo appearances in movies based on Marvel characters. Meanwhile, he continued independent creative ventures into his 90s until his death in 2018.

The late physicist Stephen Hawking’s last writings predict that a breed of superhumans will take over, having used genetic engineering to surpass their fellow beings.

In Brief Answers to the Big Questions, to be published on Oct. 16 and excerpted today in the UK’s Sunday Times (paywall), Hawking pulls no punches on subjects like machines taking over, the biggest threat to Earth, and the possibilities of intelligent life in space.

Netflix, Amazon Prime Instant Video, Vudu and Hulu each offer a massive amount of on demand content at a relatively low monthly cost.

These services are a fantastic way to stream movies and TV shows for the entire family.