Neurotechnology today has tools for studying the human brain. They don’t need stage magician to help.

1. Transcranial direct current stimulation ( tDCS ) is a form of neurostimulation that uses constant, low direct current delivered via electrodes on the head; it can be contrasted with cranial electrotherapy stimulation which generally uses alternating current the same way.

It was originally developed to help patients with brain injuries or psychiatric conditions like major depressive disorder. tDCS appears to have some potential for treating depression. However, there is no good evidence that it is useful for cognitive enhancement in healthy people, memory deficits in Parkinson’s disease and Alzheimer’s disease, schizophrenia, non-neuropathic pain, nor improving upper limb function after stroke.

3. Electroencephalography (EEG) is an electrophysiological monitoring method to record electrical activity of the brain. It is typically noninvasive, with the electrodes placed along the scalp, although invasive electrodes are sometimes used such as in electrocorticography. EEG measures voltage fluctuations resulting from ionic current within the neurons of the brain. In clinical contexts, EEG refers to the recording of the brain’s spontaneous electrical activity over a period of time, as recorded from multiple electrodes placed on the scalp. Diagnostic applications generally focus either on event-related potentials or on the spectral content of EEG. The former investigates potential fluctuations time locked to an event like stimulus onset or button press. The latter analyses the type of neural oscillations (popularly called “brain waves”) that can be observed in EEG signals in the frequency domain.

4. Magnetic resonance imaging (MRI) is a test that uses a magnetic field and pulses of radio wave energy to make pictures of organs and structures inside the body. In many cases, MRI gives different information about structures in the body than can be seen with an X-ray, ultrasound, or computed tomography (CT) scan. 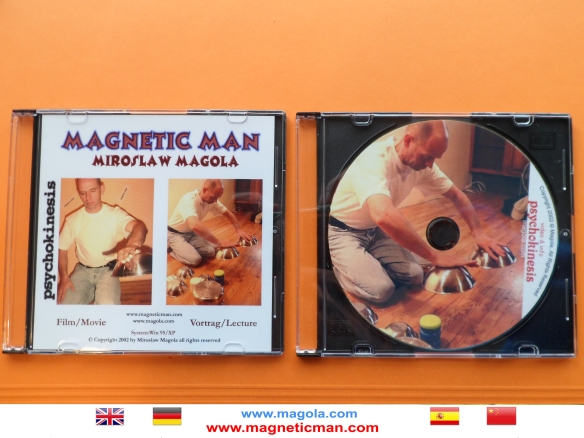 Meditation is a wonderful thing; it helps us to concentrate better, to overcome pain, eliminates fear, strengthens our immune system, helps us to relieve stress, stabilizes emotions, and allows intense introspection. Buddha teaches three levels of consciousness: listening, thinking, and meditating. In the first stage the sensory perception hearing is sharpened, and consequently the rational examination, thinking, follows in the second stage. The subsequent third stage, which the present text deals with, is meditating.

I want to introduce you to the form of meditation that I practice, which makes things possible that are desirable for all people. The word meditation comes from the Latin ” meditatio ” meaning contemplation, and the root word “medias” meaning center. We try to stabilize our own rational, emotional and spiritual center through meditation. But meditation can induce much more than just relaxation. There is a variety of techniques, such as unleashing of more zest for life or creativity, or to control emotions or to activate the self-healing powers.

Neuroscientists have examined the brains of meditators using computer tomography and came up with interesting results. There were a significant increase of low-frequency alpha and theta waves during the meditative state detected. These are associated with the activities of the subconscious and emotional processes. For this reason meditation is ideal for on when we are looking to access our inner world and our subconscious.

This CD presentation is great for someone who wants to start a meditation practice.